"If there are to be problems, may they come during my life-time so that I can resolve them and give my children the chance of a good life."

"You never change things by fighting the existing reality. To change something, build a new model that makes the existing model obsolete."

JOIN US IN BUENOS AIRES!

Space exploration may have given us pictures of our pristine, blue planet Earth and raised awareness to protect our environment, but that's no good if the rockets that get us to orbit are based on conventional, toxic propellants[1]. Solid propellants are energetic materials used to launch and propel rockets and missiles. Although their history dates from the use of black powder more than two millennia ago, better performance is required nowadays and the need for ‘‘insensitive munitions’’ resistant to accidental ignition has driven much research and development over the past half-century [2]. The advantages of solid rocket propellants include: (i) simplicity, which is important for low maintenance costs and savings in high-production rate systems; (ii) storage stability, with service lifetimes that can be as long as 30 years; (iii) resistance to unintended detonation; (iv) reliability, related to their simplicity and chemical stability; and (v) high mass flow rates during launch, and consequently high thrust (propulsion force), a main requirement for the initial phase of missiles, all of which use solid-propellant boosters. Green Solid Propellants consider energy consumption and pollution emission in the entire product lifecycle. The fundamental goal is to achieve low energy consumption, emission and pollution throughout the whole process including design, testing, and manufacturing. These are essential for the balance of economic, social and environmental benefits. The main idea is to improve energy efficiency (cm)[3] and the manufacture of solid propellants for laser ablation propulsion. In this way, it will be possible to develop a propulsion system friendly with the environment. The application of the acquired knowledge of the fundamental processes that govern laser ablation will enable the development of new methods as well as propellants based on nanocomposites for laser propulsion. These reasons have led us to use different ablation techniques in high vacuum and at atmospheric pressure using lasers of different wavelengths and pulse duration[3]. The core for achieving this goal is technological innovation and the change in the development criteria of this type of solid propellant. 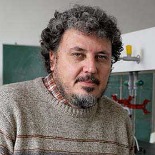 Specialist in laser ablation induced spectroscopy (LIBS), molecular beams and isotopic separation with experience in the development of prototypes for laser and micromachining, and electronic noses for environmental applications. He is a CONICET researcher at the National Atomic Energy Commission, where he directed the Sensors Division of the Department of Micro and Nanotechnology. Now is Research at the Fundacion Argentia de Nanotecnología, in addition, he is in charge of the LV-eNose project (laser vaporization, electronic nose) of the School of Science and Technology of the UNSAM, where he also works as a professor. He was previously a professor at the National University of Córdoba. He won the Ranwel Caputto Prize in Physicochemistry from the National Academy of Sciences, among other distinctions. He has a PhD in Chemistry from the National University of Córdoba.

An overview of the main characteristics of five Shared Socioeconomic Pathways (SSPs) and related scenarios of Integrated Assessment Models (IAM scenarios) will be presented as one of the main building blocks of the “new scenario framework”.The process of developing the SSPs and IAM scenarios involved five key steps. First, the narratives were designed which provide the fundamental underlying logic for each SSP. Then, the narratives were translated into a common set of “input tables”, describing in qualitative terms the main SSP characteristics and scenario assumptions for, i.e., energy demand, fossil energy supply, energy conversion technologies and land-use change dynamics. In parallel, the narratives were translated into quantitative projections for main socioeconomic drivers, i.e., population, economic activity and urbanization. In the next step, six different IAMs are employed to translate the socioeconomic conditions of the SSPs into estimates of future energy use characteristics and greenhouse gas emissions. A total of 24 baseline scenarios were created by the different models simulating different SSPs and portraying a range of outcomes in the absence of additional climate policy (baseline SSP scenarios), though not all IAMs ran all SSPs. Finally, the six IAMs were employed to develop mitigation SSP scenarios examining how different levels of climate mitigation and adaptation would fit into the future described by each SSP. To model this, they used Shared Policy Assumptions (SPAs) around how quickly international collaboration on climate policy could occur and coverage of land use emissions within each SSP. Mitigation targets were defined by radiative forcing levels analogous to the previously developed Represented Contraction Pathways - RCPs (2.6, 4.5, 6.0 W/m2) + 1.9 W/m2 + 3.4 W/m2. Hence, a total of 81 mitigation scenarios were created, with RCP1.9 group representing different pathways by which global temperature rise could be limited to 1.5°C.All 1.5°C pathways share certain features – by mid-century, CO2 emissions falling to net-zero with renewables supplying 70 percent to 85 percent of electricity and unabated coal use being largely phased out. Also, all 1.5°C pathways with limited or no overshoot project the use of carbon dioxide removal (CDR) on the order of 100–1000 GtCO2 over the 21st century. CDR is necessary for both moving to net-zero emissions and for producing net-negative emissions to compensate for any overshoot of 1.5˚C. Still, it must be noted that CDR deployed at such a scale is unproven, and is a major risk to our ability to limit warming to 1.5˚C. The sector coupling and carbon-neutral energy storage technologies which are hot topics in the energy planning and modeling science could shed a different light on the need for CDR in 1.5°C pathways, couldn’t they? 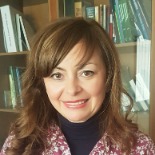 Natasa Markovska holds DSc degree from the Faculty of Electrical Engineering, Skopje, with thesis on solar energy technologies. At present she is a Senior Researcher at the Research Centre for Energy and Sustainable Development of MANU and Professor of the subject Energy and Climate Change at two master programs and a doctoral program of Faculty of Electrical Engineering and Information Technologies. Also, she serves as a National Focal Point of the Intergovernmental Panel on Climate Change (IPCC) and a Member of the International Scientific Committee of the Conferences on Sustainable Development of Energy Water and Environmental Systems (SDEWES Conferences). She has been participating in 94 international and national projects related to climate change mitigation, sustainable development, renewable energy sources and energy efficiency and energy strategic planning, for clients such as UNDP, USAID, WB, European Commission, GIZ, Macedonian and other governments. In these fields, Dr. Markovska co-authored 169 published contributions (40 SCI/CC publications). She serves as an Associate Editor of the international journal Smart Energy (Elsevier), as an Associate Editor of the international journal Energy Reports (Elsevier) and is a member of the Editorial Board of the international journal Energy (Elsevier). She served as an editor of the Second National Communication under UNFCCC and as a guest editor of 18 special issues of international journals (incl. 9 of Energy and 6 of Renewable & Sustainable Energy Reviews) dedicated to SDEWES Conferences..