"Then I say the Earth belongs to each generation during its course, fully and in its right no generation can contract debts greater than may be paid during the course of its existence"

"If there are to be problems, may they come during my life-time so that I can resolve them and give my children the chance of a good life."

JOIN US IN BUENOS AIRES!

The 2nd Latin American SDEWES Conference will be held on the Faculty of Engineering, University of Buenos Aires (FIUBA) in the historic centre of Buenos Aires, Argentina. FIUBA  has three locations, the oldest one located in the neighbourhood of Recoleta, one of the largest tourist centers of the city; the second in San Telmo, located in the historic center, and the third in the neighbourhood of Núñez, in the University City. The 2nd LA SDEWES Conference venue is the Faculty of Engineering in San Telmo, address: Av. Paseo Colón 850.

There are 12 undergraduate careers and more than 40 postgraduate courses, including 11 master degrees and one doctorate. FIUBA has more than 1,500 teachers and researchers and allows its students to carry out exchanges with foreign universities and manages agreements with companies to their labour market insertion. Each headquarters has a library with a wide heritage and study space, in addition to the technological needs required for the teaching of undergraduate, postgraduate and research development.

Buenos Aires is the capital and largest city of Argentina. The city is located on the western shore of the estuary of the Río de la Plata, on the South American continent's southeastern coast. "Buenos Aires" can be translated as "fair winds" or "good airs", but the former was the meaning intended by the founders in the 16th century, by the use of the original name "Real de Nuestra Señora Santa María del Buen Ayre". Buenos Aires is a pulsating, passionate, cosmopolitan city. 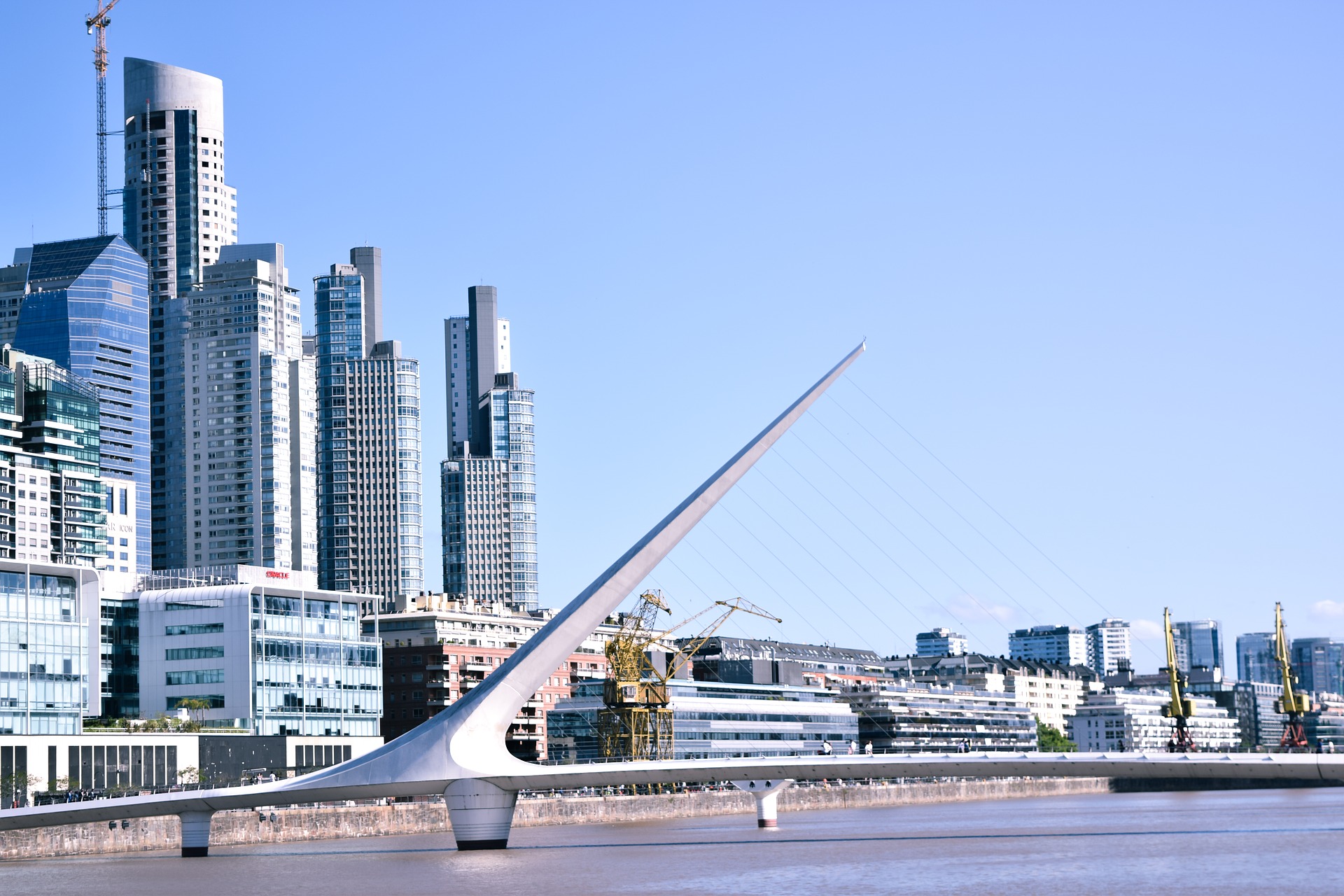 The combination of rich architectural and cultural heritage, modern creative energy, electric nightlife, unique traditions, a vibrant arts scene, extensive parks, and warm, friendly hosts makes it one of the world’s most exciting capitals. The city's cosmopolitan, multicultural identity was forged in a melting pot of cultures, from native American and colonial Spanish roots to the influences of immigration from Italy, France, Great Britain, the Middle East, Africa, and Asia. Several languages are spoken in the city in addition to Spanish, contributing to its culture and the dialect spoken in the city and in some other parts of the country.

Buenos Aires has a humid subtropical climate with four distinct seasons. As a result of maritime influences from the adjoining Atlantic Ocean, the climate is temperate with extreme temperatures being rare. With average temperatures of around 18 ºC (64°F), Buenos Aires is blessed with a temperate and sunny climate, making it a great destination at any time of the year. The summer months of January and February can be somewhat humid and it remains warm at night, so bring fresh, light clothing. 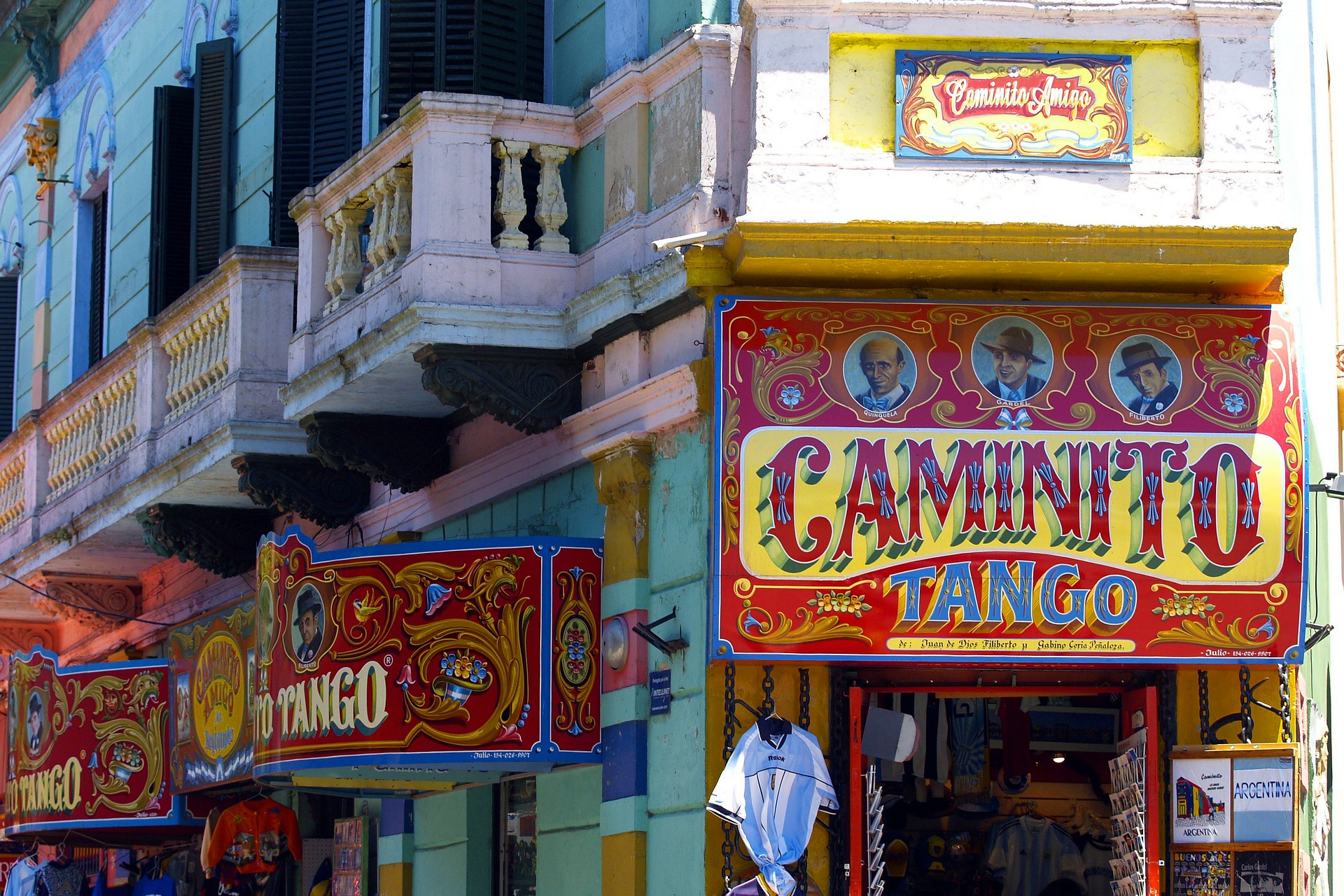 Buenos Aires is a safe, modern city with high police presence and good quality health provision. There are no major health risks in the city and no vaccinations are required for entry into Argentina. Tap water is drinkable. Like with any large metropolis, petty crime and theft does exist, and visitors should always take precautions, particularly in tourist hot spots and crowded places. We recommend keeping your belongings with you at all times, taking licensed taxis, and ensuring your bags or rucksacks are kept closed. Stick to well-lit streets in the evenings and keep "bling" to a minimum.

The time zone in Argentina is UTC/GMT-3 and there are no time changes during the year.

Info about the city:

Info about the currency:

Argentina's national currency is the Argentine peso. Note that it has the same symbol ($) as the dollar (don't be confused - prices expressed using the $ symbol are in Argentine pesos unless stated otherwise. US dollars are usually referred to using the symbol: U$S. Notes come in denominations of 5, 10, 20, 50, 100, 200, 500 and 1000 pesos. One peso equals 100 centavos; coins come in denominations of five, 10, 25 and 50 centavos, as well as one and two pesos. Important: there is more than one bill for the same amount in use, to be sure, check the overview of all official banknotes and coins.